Formation of the 51st State 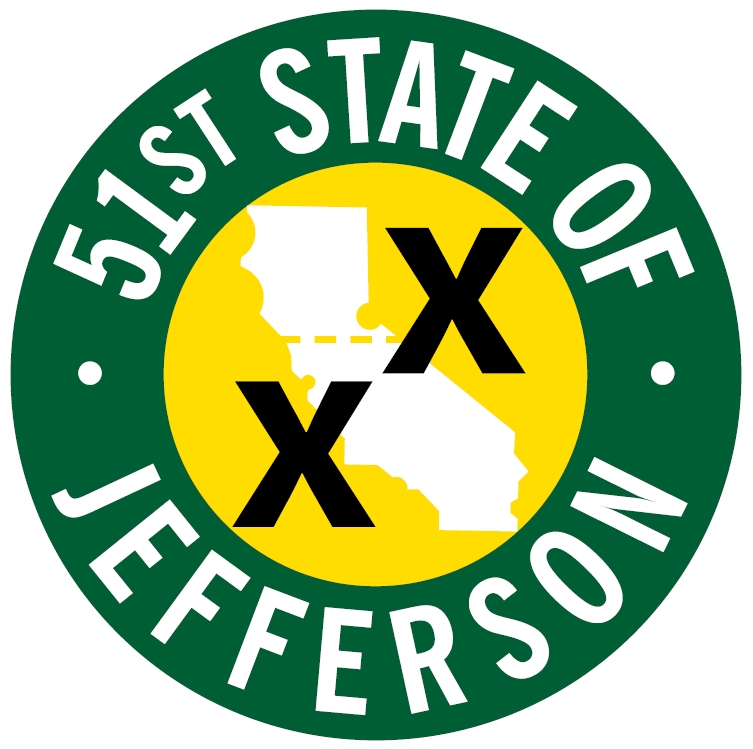 The SOJ has been spreading like wildfire across our county and Northern CA. You may have noticed letters to the editor recently featured in the Union Democrat from opposing sides of the Jefferson debate. If you’d like to reference these letters, you can do so by visiting the links below…

Due to the word count restriction in the Union Democrat, Joe Bick, resident of Tuolumne and SOJ enthusiast would like to feature his response here on our website.

I recently wrote a letter regarding the use of certain inflammatory and ignorant remarks made by another writer (Mr. Torchia) towards the State of Jefferson movement.
That letter was responded to by Mr. Kraemer.
Imagine my delight to learn that the intent of my letter was completely missed by these two gentlemen. Little old me has aroused their ire by simply pointing out that the type of language and vulgarity used was inappropriate and did not describe with any accuracy of the movement they were attempting to disparage.
The whole episode reminds me of a simple statement:
The only sure way to prevent learning the truth is to maintain the belief that you already have all of it.
Apparently Mr. Torchia, a member of the Tuolumne County Democrat Central Committee, has publicly determined that he alone has all of the truth. I hope he isn’t speaking on behalf of all Tuolumne County Democrats.
Anyone else who might not be so prejudiced towards average American citizens who want to exercise their right to petition government and have access to representation within that government is welcome to attend a Jefferson meeting. You can determine if the facts presented there are true, reasonable and worth advocating for. Scheduled events are posted at www.tuolumnecountysoj.com.
The Jefferson movement is not meant as an exclusionary movement, but for inclusion. As such, folks who participate have other outside associations that they bring with them. It is the nature of Liberty and a Republic for everyone to be able to participate in Governing, regardless of how distasteful their views may seem at times. So long as no one is denied their basic, God given Rights, why shouldn’t citizens of Northern California be allowed to participate and have equal representation in their State Government?
Joe Bick
Sonora

Get Social with SOJ